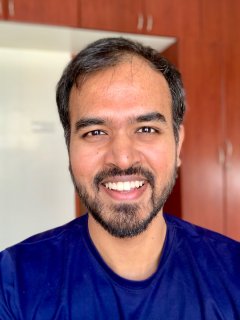 KC Sivaramakrishnan is an Assistant Professor at the Indian Institute of Technology, Madras, and a Hacker at Tarides. He is interested in the intersection of programming languages and (concurrent, distributed, parallel, operating, secure) systems. He leads the Multicore OCaml project, a concurrent and parallel extension of the OCaml programming language. Multicore OCaml has been merged into OCaml and will be available for general use in OCaml 5.0, the next major release of the OCaml programming language. In the past, KC was a Senior Research Fellow at the University of Cambridge Computer Lab. He obtained his PhD and MS from Purdue University. His awards include the Royal Commission for the Exhibition of 1851 Fellowship, Darwin College Cambridge Research Fellowship, Maurice H. Halstead Memorial Award for outstanding research in software engineering, and distinguished paper awards at ICFP and PADL.